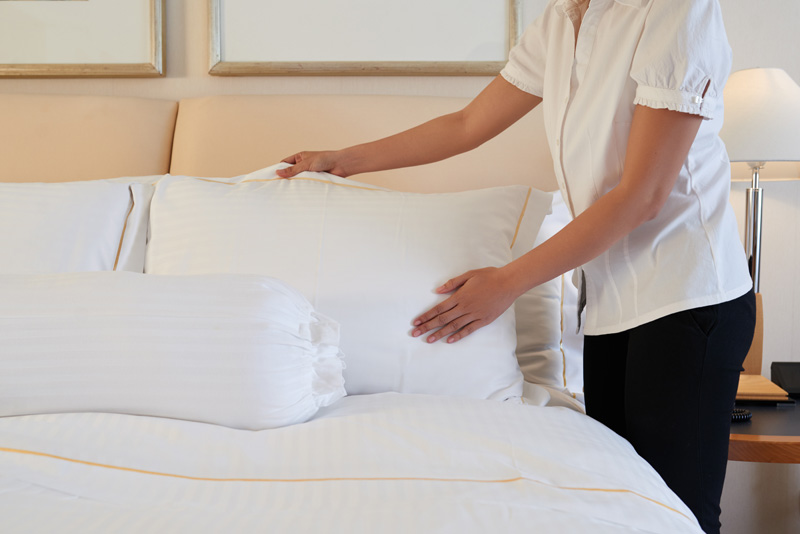 Tough times ahead for many in the Laundry sector who rely on a huge portion of their income coming from their partnerships with businesses in the Tourism sector.

The majority of New Zealand's hotels are either closed or operating with skeleton staff, while some of the biggest are unlikely to reopen until international visitors return.

A recent report on hotel properties by Colliers International found the downturn in international and domestic tourism would have a profound effect on the sector for at least 18 months. Colliers national director for hotels Dean Humphries said hotel occupancy fell from 80 percent in the first quarter of 2020 to under 20 percent in April across all the key markets. Room rates also fell by as much as half, in response to the shut-down of the tourism industry. He said there were 27 hotels under development when New Zealand went into lockdown, with about the same number in the planning stage.

"At this stage, any proposed projects (will) probably be deferred for the short- to medium-term," he said, adding that those in the early stages of construction had also been put on hold.

"And there are a few projects that may look to either stage their opening or prolong the construction period, just to buy themselves some time (until) the tourism sector starts to recover."

Humphries said regions which were almost entirely dependent on tourism would suffer more than regions that also attract business travellers, such as Wellington, Auckland and Christchurch. However, he said that would not be enough for the biggest hotels to reopen as they needed 40 percent to 50 percent occupancy just to break even.

Despite the downturn, Humphries said hotel investor sentiment remained strong for well located properties, particularly with the prospect of the creation of a trans-Tasman bubble. The world was keenly interested in New Zealand's response to Covid-19 and its plans to restart the tourism industry, with plans still in place to host the America's Cup and APEC leaders' summit in 2021, he said.

"New Zealand's always been an early adopter of many initiatives, both in the tourism sector and other sectors. And so, the world, to some degree will be looking at us and how we look to potentially open our borders safely."

However, Humphries said much would depend on how well the tourism sector was supported in the meantime.

"You know we have to support the sector probably for up to a period of 18 months in some way, to ensure that when the lights do come back on and when people start travelling again, our industry is ready to go, and we don't lose a significant amount of skilled staff, because to fill a hole like that as an economy would be very, very difficult in current times."