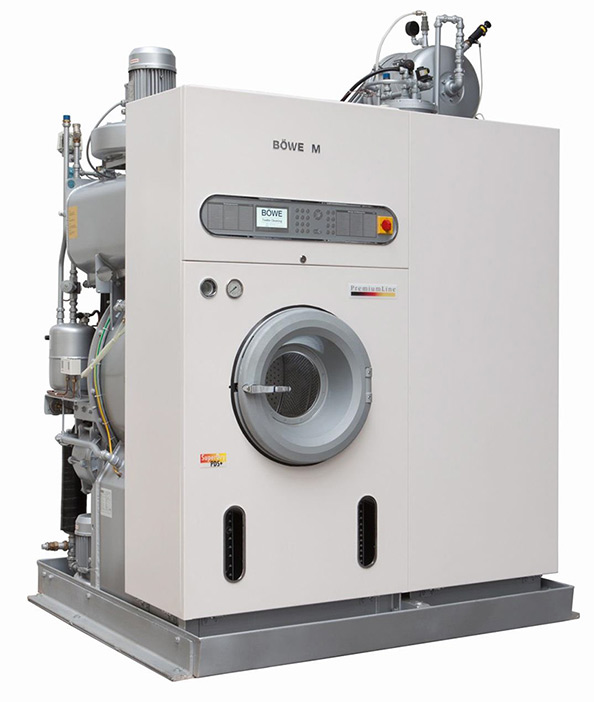 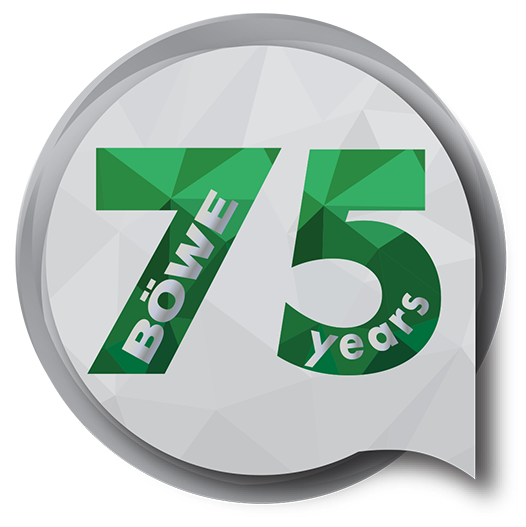 Another world first from BÖWE: Protection of boil overs in the distillation The distillation boil over (Black-Over) problem has been known in the industry for as long as dry cleaning machines have existed. Caused by lower temperature boilers, e.g. adding water, high air humidity, dosing additives and substances removed from the garments during the dry cleaning process the boiling behavior of the solvents and the low boiler mixture can change. This results in a froth and an Black-Over of the distillation. This problem is well known, especially with the new alternative solvents, which have been used more and more in the last few years. BÖWE, based in the Black Forest, decided to tackle this situation and developed a new photoelectric sensor. If controlled bubble formation occurs on the surface of the boiling solvent in the distillation, the sensor detects this situation and breaks the vacuum for a short time. This leads to a different boiling point and a collapse of the foam head. BlackOver and dirt transfer is prevented. This means that annoying and expensive cleaning work for the water separators and clean tanks, which can generate odors if poorly maintained, is no longer necessary.

No longer will the energy-intensive distillation of completely contaminated tank contents, saving a lot of energy, time and cooling water.

As has been part of the same hat BÖWE belongs to a milestone in textile cleaning technology. Register cooling in the first few years in 1950s, drying controller device in the 1960s, refrigeration technology in the 1980s, fully closed textile cleaning machines in the 1990s, cataphoresis coatings on the components to prevent lint build-up from 2010, turbidity measurement for automated distillation in 2016 and now the Black-Over protection of the distillation are just a few examples of innovations that have found their way into the industry through BÖWE.

BÖWE has been building dry cleaning machines for 75 years and is the global company in this sector with an export share of over 90%.

The new developments can be viewed and tested in the BÖWE showroom in Sasbach in the Black Forest in Germany. Relentless Innovation – It’s what makes BÖWE Different